How does the UK compare internationally for health funding, staffing and hospital beds?

About 1 mins to read
Chart
Policy
Funding and sustainability 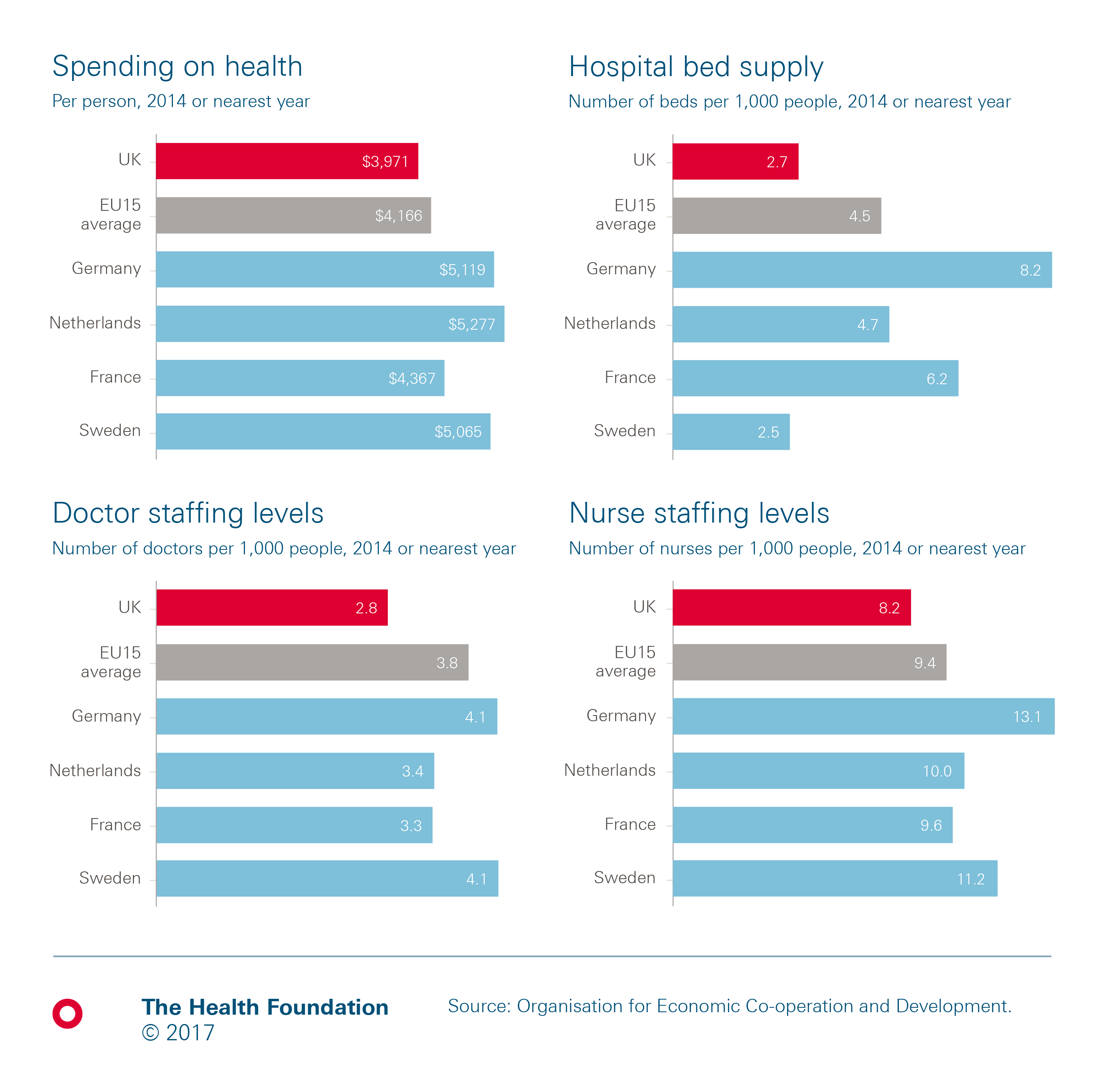 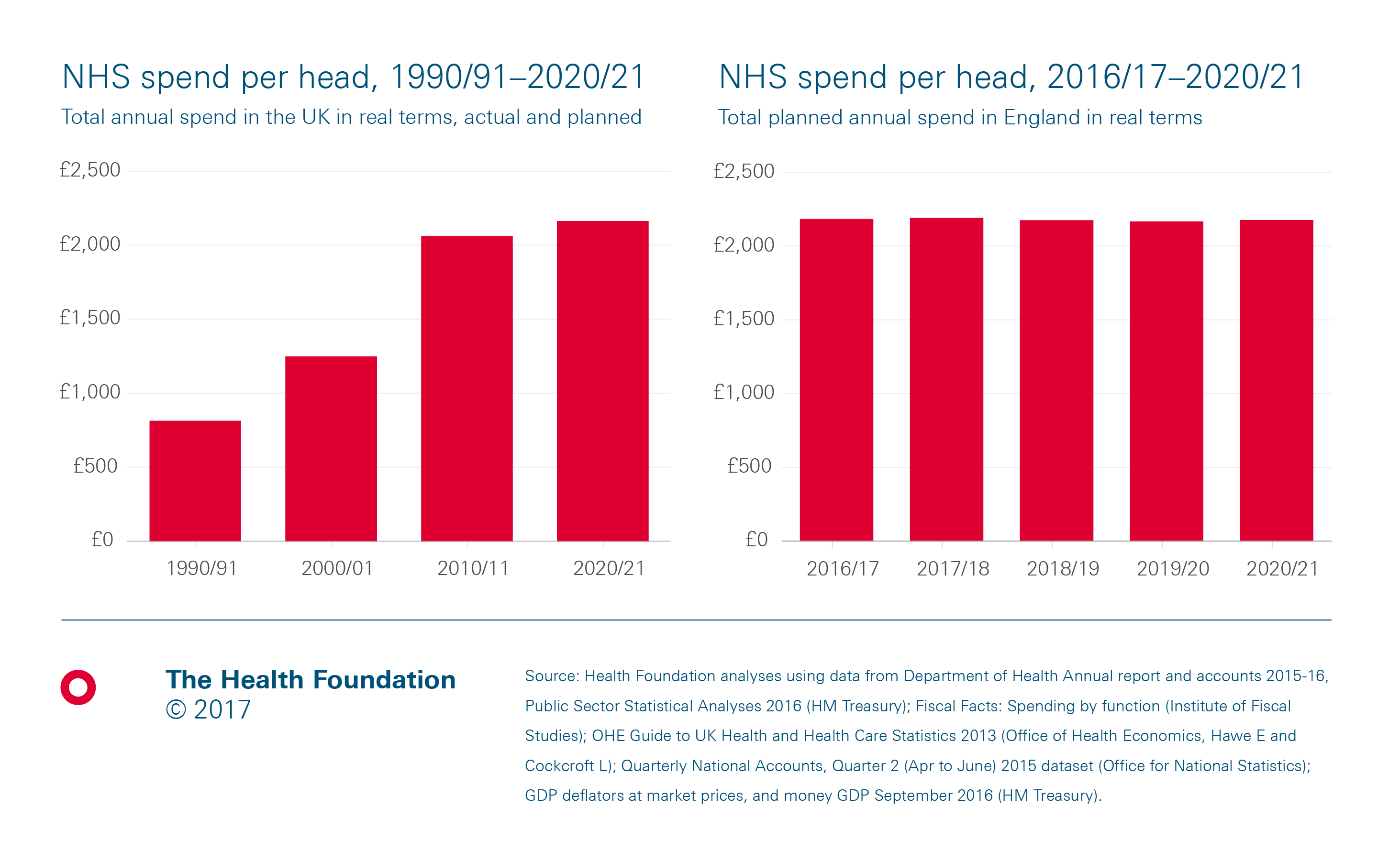 The UK has typically spent less on health care than the rest of the EU-15 (the first 15 countries to join the EU). This was true even during a period of investment in order to try and match the EU average spending on health in the 2000s.

UK spending is similar to – but 5% below – the EU-15 average for spending per person (in US$ purchasing power parity to make the figures comparable). The gap is slightly larger for hospital beds (2.7 per 1000 people, EU-15 average 4.5), nurses (8.2 vs 9.4), and doctors (2.8 vs 3.8). Germany, the Netherlands, Sweden and France consistently spend more, have more beds, and more staff than the UK. They have a range of different health care systems, with Sweden’s very similar to the UK’s.

The ‘correct’ level of resource (including spending, beds, and staff) depends not just on our position relative to our European neighbours but also a range of technical factors (eg, efficiency) and political and cultural views.

A tale of two hospitals: the pandemic and its aftermath in Berlin and London – with Professor Heyo Kroemer and Professor Tim Orchard

Episode 22. Professor Heyo Kroemer of the Charité in Berlin and Professor Tim Orchard of Imperial...

PODCAST: The pandemic challenged every health care system. But what can we learn from one another about the way we… https://t.co/5pEbOr2flV