Unfortunately, your browser is too old to work on this website. Please upgrade your browser
View more in Evidence hub: What drives health inequalities?

Work
Work matters for health directly, as well as underpinning other factors that influence health such as income and social networks

Explore this section
Key stats
Why work matters for health
Subtopics
Long read
Analysis
5.1 years
is the average increase in male healthy life expectancy for every 10 percentage points higher the employment rate in an area.
Read more
3.8 million
employees were furloughed in December 2020, down from a peak of 8.9 million in April.
Read more
11%
of all employees report their health as less than good. Employees with low job security and low job satisfaction are most likely to report poor health.
Read more
1 in 3
employees experience two or more negative aspects of job quality.
Read more

Why work matters for health

Employment, or the lack of it, can have considerable influence on health and wellbeing. Poor health can limit people’s ability to have and sustain work. The nature of people’s work matters for health, but also impacts other factors that influence health, such as having sufficient income and forming social connections.

Explore the different ways in which work can affect health outcomes below.

Unemployment is defined as a situation where people of working age are without a job, but would like to be in employment. It is normally measured by whether a person is without work but actively seeking and available for work.

Unemployment has consistently been found to have a negative impact on a range of health outcomes. Reviews have found links between unemployment and self-rated health, with worse outcomes for men and those who are unemployed due to health reasons. These outcomes improved, however, if individuals had strong social networks. There is a similar relationship between unemployment and mental health, including depression, anxiety and levels of self-esteem.

There is a range of different mechanisms through which unemployment could harm health.

Explore trends and inequalities in employment and unemployment

While unemployment is associated with worse health outcomes, not all work is necessarily protective of health. Indeed, some analysis shows that low-quality employment is as bad for health as unemployment. The nature of jobs can vary significantly in terms of pay, the potential hazards, level of security, control and autonomy over the job, and the support offered to the worker.

Traditionally, much of the focus on the health impact of employment has been on hazards in agricultural and industrial workplaces. The risks of fatal and non-fatal injury today are far lower than they were 20 or 30 years ago partly due to improved regulation and safety measures and partly due to changes in composition of industrial sectors in the UK. There are still physical risks linked to work in the UK, experienced by 31% of workers in 2015, but these fall into broader categories, including prolonged sitting and working with screens.

The COVID-19 pandemic has highlighted the workplace itself as a potential source of harm, given the risk of transmission of the virus between employees. A total of 35% of workers attending their workplace in September 2020 had concerns about transmission of the virus in the workplace. Lower paid workers, however, were less likely to raise complaints or raise complaints successfully.

Work is both physically and psychologically demanding for employees. Whether these demands eventually manifest as stress that can harm health depends in part on the resources available to people and within their control to meet these demands. This is one of the main insights from the Whitehall II Study, which found a social gradient in health outcomes among the study group of civil servants, with the highest grades having the best health outcomes.

Imbalances in demand-control or effort-reward create job strain, which may stem from, for example, being excluded from decision-making, working with unsupportive colleagues, having low promotional prospects and general job dissatisfaction. Job strain is associated with a range of negative health effects, such as cardiovascular diseases and hypertension, with chronic stress undermining the immune function and increasing susceptibility to a range of conditions. The severity of these depends on other factors, such as social support networks.

Job security, or confidence in the continued existence of a job or hours of work is considered another stressor that can have a significant impact on health. This can include concerns about the loss of particular job functions and an individual’s capacity to resist change. The psychological challenges posed by uncertainty have been categorised as unpredictability (lack of clarity on how to respond) and uncontrollability (powerlessness towards the threat), of which the latter is considered a key part of how insecure work can affect physical and mental health. .

Job insecurity has been linked to reduced wellbeing, job satisfaction and a range of physiological problems. It has also been linked with poorer self-rated health, psychiatric morbidity, hypertension and coronary heart disease. Insecurity can interact with other stressors, such as low control, limited participation in decision-making or concern over job prospects. Several studies have found job insecurity to be a chronic stressor, reducing both short-term and long-term health and becoming more potent as the duration of insecurity increases.

There is some debate on whether it is poor work or unemployment that affects health, or if those with health problems are more likely to be unemployed or in poor work. The main reason that health might affect employment outcomes is because it can lead to either a reduced capacity to work or premature retirement from the labour market. Meta reviews find that while there is evidence of health impacts on employment outcomes, even taking account of health status before a period of unemployment there are significant impacts of unemployment on health.

The coronavirus (COVID-19) pandemic has had considerable impact on labour markets. Government measures to contain the virus have required some sectors of the economy to close down, while others have faced very different working environments, with millions working from home. Key workers, in particular, have faced additional strain in their roles, many working extended hours in high-risk environments.

What has happened to the labour market?

The closure of large sections of the economy to contain the virus in March 2020 and again in November 2020 would have led to mass unemployment without government intervention. In March 2020, the government announced the introduction of the Coronavirus Job Retention Scheme so employers could avoid making mass redundancies as a result of the lockdown. By mid-December, around 9.9 million jobs had been furloughed at some point since the scheme was instigated, with 3.8 million still on furlough on 31 December 2020.

The Labour Force Survey, the main tool for measuring labour market change in the UK, indicated a fall in the working age employment rate of 0.9 percentage points in the year to October 2020. The unemployment rate (expressed as a percentage of the economically active population, that is, those in work or actively seeking work), increased by 1.2 percentage points to 4.9% over the same period. This is an increase of 410,000 unemployed people.

Measuring changes in employment is difficult, particularly during a pandemic, and this has necessitated changes to survey modes and weighting. There are some differences in estimates between sources: surveys by polling companies and the payroll data from HMRC indicate higher levels of unemployment. For example, the Office for Budget Responsibility (OBR) noted in November 2020 that the real-time data from HMRC suggested unemployment should be closer to 6%.

Who has been most affected by employment changes?

The employment impact of the pandemic has not been felt equally, with certain groups disproportionately more likely to have lost work or been furloughed. This is because different sectors have been affected differently, with face-to-face service sectors, such as hospitality and non-essential retail, being legally required to close for extended periods of 2020 and into 2021. These sectors have a higher than average proportion of workers from a minority ethnic group and evidence from the early phase of the pandemic – around April and May 2020 – suggested that ethnic minority groups were more likely to have lost employment and income. Evidence from the summer and autumn suggested that ethnic minority workers, along with younger and low-paid workers, were the most likely to have lost employment after their job had been furloughed. The overall impact of the pandemic on employment was also found to have been particularly bad for both the youngest workers and the oldest workers.

Self-employment has also experienced a considerable decline since the start of the pandemic, reflecting in part the nature of support offered from the government. Between December 2019/February 2020 and September/November 2020, the number of employees fell by 29,000 in the UK, while the number of self-employed workers fell by 537,000. The self-employed workers also report fewer working hours, lower income and an increased intention to leave self-employment since the beginning of the pandemic.

The extent to which different sectors have been shut down has varied throughout the pandemic. Some sectors are deemed to provide an essential service to the community and their workers, known as key workers, have been required to continue working during the lockdowns and the regional tier regulations. In other sectors, employees have been either advised to work from home or are in sectors shut down by law.

These key workers include those working in health care, social care, food retail, transport, distribution, and some educational roles. This has created new inequalities – while these workers do not face the same threat to their livelihoods that those in closed sectors do, they are required to work in a high-risk environment during a pandemic. Analysis by the ONS found elevated COVID-19 mortality risk after lockdown in occupations such as taxi and bus drivers, and for care workers relative to health care workers. The disproportionate employment of people from ethnic minority backgrounds who work as key workers has been linked to higher COVID-19 mortality rates for people from these backgrounds.

The proportion of people working remotely has increased considerably in 2020, in line with government advice. Understanding Society data suggests an increase in home working from just 5% of workers in 2019 to 43% in April 2020. This figure subsequently fell as restrictions were eased throughout the summer, although is likely to have increased during the subsequent lockdown. Remote working was originally associated with a decline in wellbeing, but workers appear to have adjusted and the majority of people wish to continue working from home, for at least some of the working week.

Explore the relationship between work and health

Relationship between employment and health

Relationship between low-quality jobs and health

Those with low job security or low job satisfaction are twice as likely to report less than good...

Relationship between number of negative job aspects and health

Reporting less than good health is three times as prevalent among people with three or more negative...

What the quality of work means for our health

About 13 mins to read

Read about how the quantity and quality of employment has changed over the last 10 years, and the...

The number of people in involuntary insecure work declined from a peak of 1.2 million in 2012 to...

Areas with the highest prevalence of low-paid jobs are spread throughout Great Britain. In some... 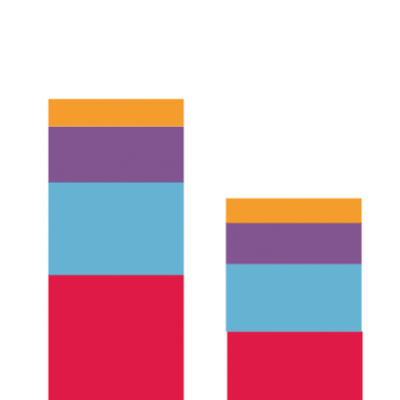 This is part of Evidence hub: What drives health inequalities?

Data, insights and analysis exploring how the circumstances in which we live shape our health
View more

Are you a digital marketing or brand professional looking for a new challenge? Help us to grow our audiences for a… https://t.co/xJMBFI0UqD