Most UK adults (71%) think the UK should continue to try to attract nurses from the European Union after the UK leaves the EU, even including almost two thirds (65%) of those who voted ‘leave’ in the EU referendum.

Polling conducted by Ipsos MORI for the Health Foundation shows that concerns around the sustainability of NHS staffing are shared by the public. The majority of people (79%) don’t think the NHS has enough staff to provide current services.

New analysis of the NMC data by the Health Foundation also shows that month on month, registration of new nurses from the EU has flatlined following the Brexit referendum result in June 2016 until April this year. The monthly average number of EU nurses registering in the UK in the first seven months of 2016 was 940 – since January 2017 this monthly average has always been below 100.

The analysis also reveals that the Republic of Ireland is now the main source of new nurses recruited from within the EU, while numbers registering from the main EU sources in previous years – such as Portugal, Spain, Romania and Italy – have dropped ten-fold since 2016.

Meanwhile, the data shows that the inflow of nurses from non-EU countries has not increased enough to compensate for the drop. The total number of new nurse registrants (including from the UK and abroad) in 2017/18 was 3,500 less than a year earlier in 2016/17 – a fall of more than 10%.

The latest NHS workforce statistics reinforce the overall picture of stagnation with nurse vacancies at 10% – around 35,000 more nurses needed – and numbers rising by only 0.12% between March 2016 and 2018. New figures will be published on Thursday but are unlikely to show any dramatic improvement.

International recruitment of nurses has long played a role in helping the NHS meet its recruitment needs with nurses from abroad usually accounting for at least one in every ten new nurses annually entering the UK register. In most years this figure has been much higher, with up to one in every two of all new nurses coming from abroad. The fall in international registrants therefore raises serious concerns about how the NHS will be sufficiently staffed, given there has not been a compensatory rise in numbers trained in UK.

‘The NHS has a long and proud traditional of welcoming staff from across the world.  International recruitment plays a vital role in maintaining quality of care and sharing knowledge and best practice around the globe. It’s clear that the public value the vital contribution that nurses from abroad make and want to make sure that the NHS continues to welcome staff from other countries.

‘The huge drop in the number of EU nurses coming to work in the NHS following the referendum is a stark reminder that we must never take overseas staff for granted. We must make sure that the health service is an attractive and welcoming place to work for both international and home trained staff. With 1 in 10 nursing post vacant this is one of the biggest risk facing the NHS. Uncertainty about the position of EU staff after Brexit adds to the challenge of securing enough nurses to sustain high quality care.  But it is vital that international recruitment isn’t used as a ‘get out of jail free card’ to compensate for our long-term failure to train and retain enough UK staff.’ 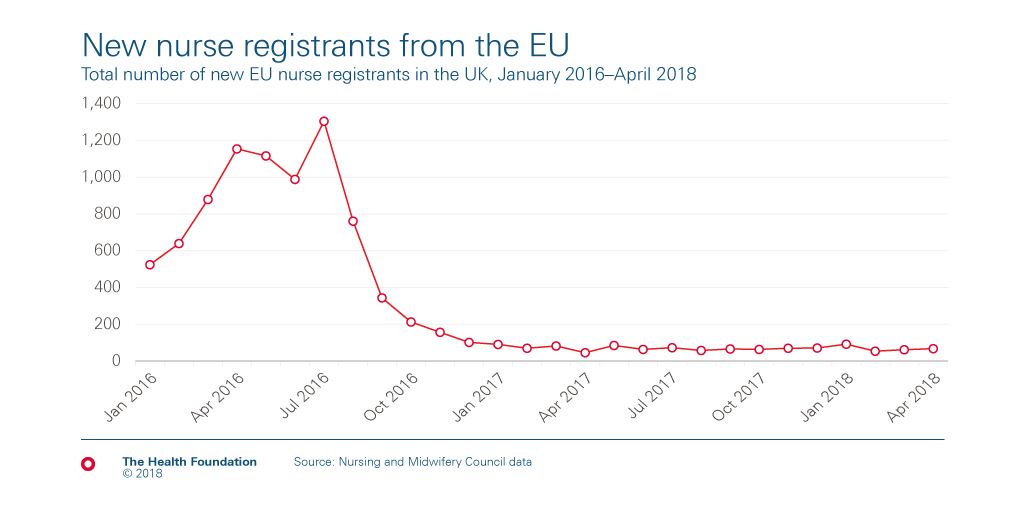 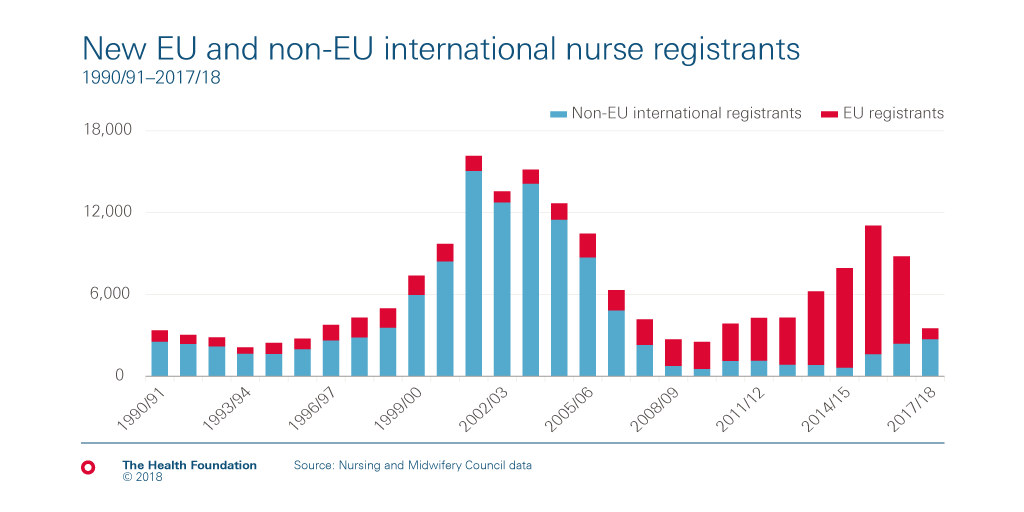 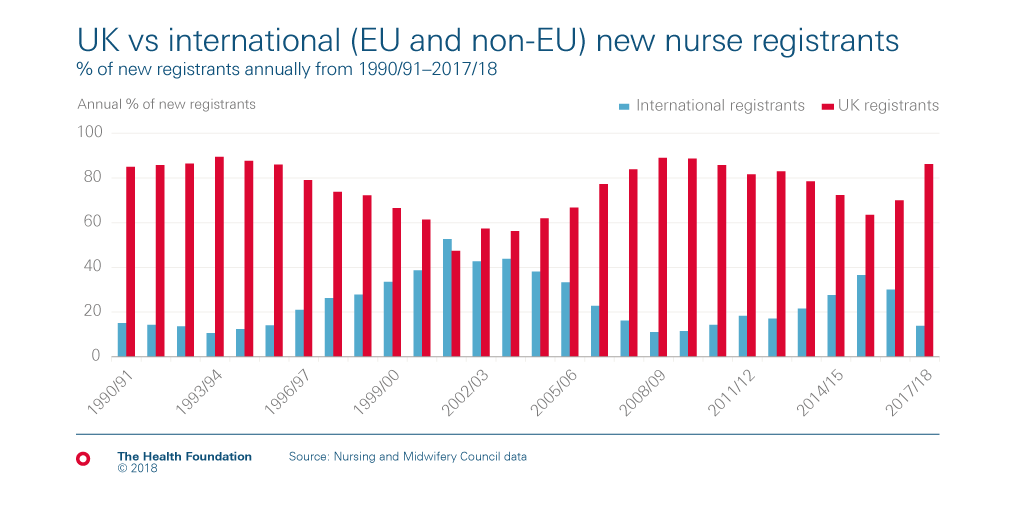 We need a coherent approach to our NHS workforce woes

In its 70th year, the NHS faces a particularly virulent form of a recurring problem: workforce...

Health Foundation response to the publication of the Health and Social Care Select Committee's...

Our response to the publication of NHS England and Improvement's monthly performance statistics.

Our response to the vote on the Health and Care Bill amendment on workforce planning.

NEW: There is a strong relationship between debt and health. Our new analysis highlights that 20% of people in pr… https://t.co/3tkB2CWjJ8