A group of residents in Cliftonville West, one of the poorest areas of Kent and the UK, has shown how engaging communities in their own development can achieve significant improvements in residents’ lives and wellbeing in just a few years.

The creation of residents group A Better Cliftonville (ABC) in 2013 has enabled the community to take ownership of problems impacting on their quality of life, and provided a framework for them to work together with local agencies to address these.

Cliftonville West was originally developed as a popular holiday destination in the early 20th century, but in more recent decades, the area has unfortunately become better known for its social and economic deprivation, which intensified during the economic recession of the early 2000s.

Many of the formerly elegant houses have been converted into high-density flats, with up to a dozen families in a single house. Serious problems with crime, unemployment, and health were increasingly reflected in the area’s appearance. Dilapidated housing, dog waste and rubbish in the streets and parks, and anti-social behaviour in public spaces all contributed to the image of a failed community, and the misery of the residents living there.

After years of inaction, this started to turn around in 2013 when the Kent County Council public health team heard of the C2 Connecting Communities programme (an initiative to mobilise residents to improve their surroundings and health), and provided funding to establish it in Cliftonville West.

Community development worker Kay Byatt (also a local resident at the time) was responsible for getting the volunteer-based initiative underway, and says getting the right mix of residents and local agencies involved was crucial to its success. The first step was to consult with the community at a listening event in June 2013. Kay says it was a surprise for local service providers to find out what mattered most to residents.

Dog waste, the cleanliness of streets and waste collection were rated as the most important concerns – above crime, anti-social behaviour and the lack of work opportunities, which the agencies had been focusing on.

Residents felt strongly that the dog waste and rubbish contributed to people feeling unsafe, and resulted in a general lack of pride in the community. It was also believed to be a major factor in anti-social behaviour such as drinking and drug use in parks, which then deterred residents from using public spaces.

Kay says having the face to face meetings between residents and the agencies was an important part of the process: ‘the listening event got people talking to each other and to the service providers.’

Once the ABC group was set-up, a working group of seven residents and three local agencies started to tackle key waste management issues. Their first activity was to engage with the Thanet District Council’s waste management team and invite them to visit the area. This has led to improvements such as a Council recycling service being provided (after ABC demonstrated that residents were motivated to use it), and new communal bins for household waste (to address the lack of bins from un-cooperative landlords). 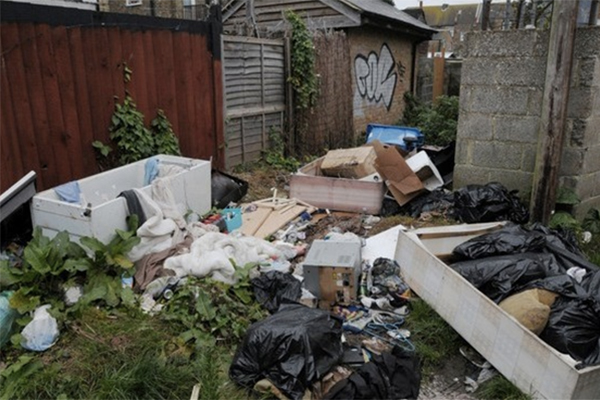 Edgar Walk in Cliftonville West before the community campaign 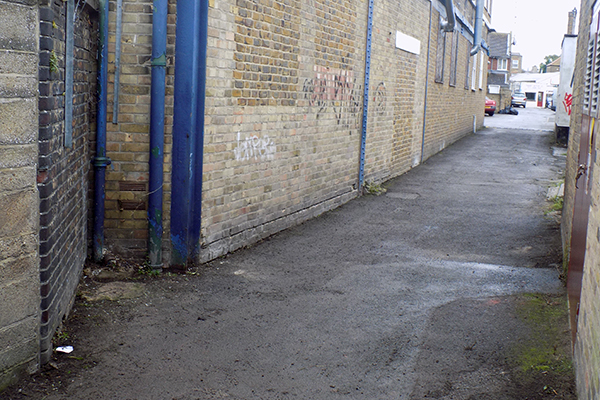 Edgar Walk after the community campaign

Other successes include an anti-dog-fouling campaign, which has proven to be more successful in connecting with residents than an earlier Council campaign. ABC also obtained a grant from the Council to improve and maintain one of the parks, Dalby Square, which is now being used more often and by a greater range of residents, as well as for local events.

Improving the waste problem has resulted in a safer, healthier environment for people, and a renewed sense of pride and community spirit is evident, says Kay, which is having an impact on people’s emotional wellbeing.

‘Residents have realised the power they have to get involved and influence changes, and so they’re encouraged to do more things, and feel so much better in themselves. People are saying “we’ve had years of being done to, and now we’re doing our own thing and are doing it together with the service providers.” It’s a whole new way of operating.’

Happily, ABC’s waste working group has been so effective in addressing its priorities and engaging the Council in waste monitoring and improvements, that it’s planning to disband to allow members to focus on other projects. Kay says the community’s come a long way in the past few years and the ABC group is achieving its aim of giving people a positive way to work together on improving their surroundings.

Webinar: Health in early years – how can we improve opportunities to live a healthy life?

Join us for this webinar to hear fresh insights – and their implications for policy – from two...

As a funder, investor and a workplace, environmental sustainability should be a 'green thread'...

Government must ‘seize the moment’ and take a 'whole government’ approach to improving health, says charity

Health Foundation statement following the release of the cross-government strategy.

We believe we have a responsibility to act on climate change and environmental breakdown. We're taking steps to re… https://t.co/bEZx8NYPsS